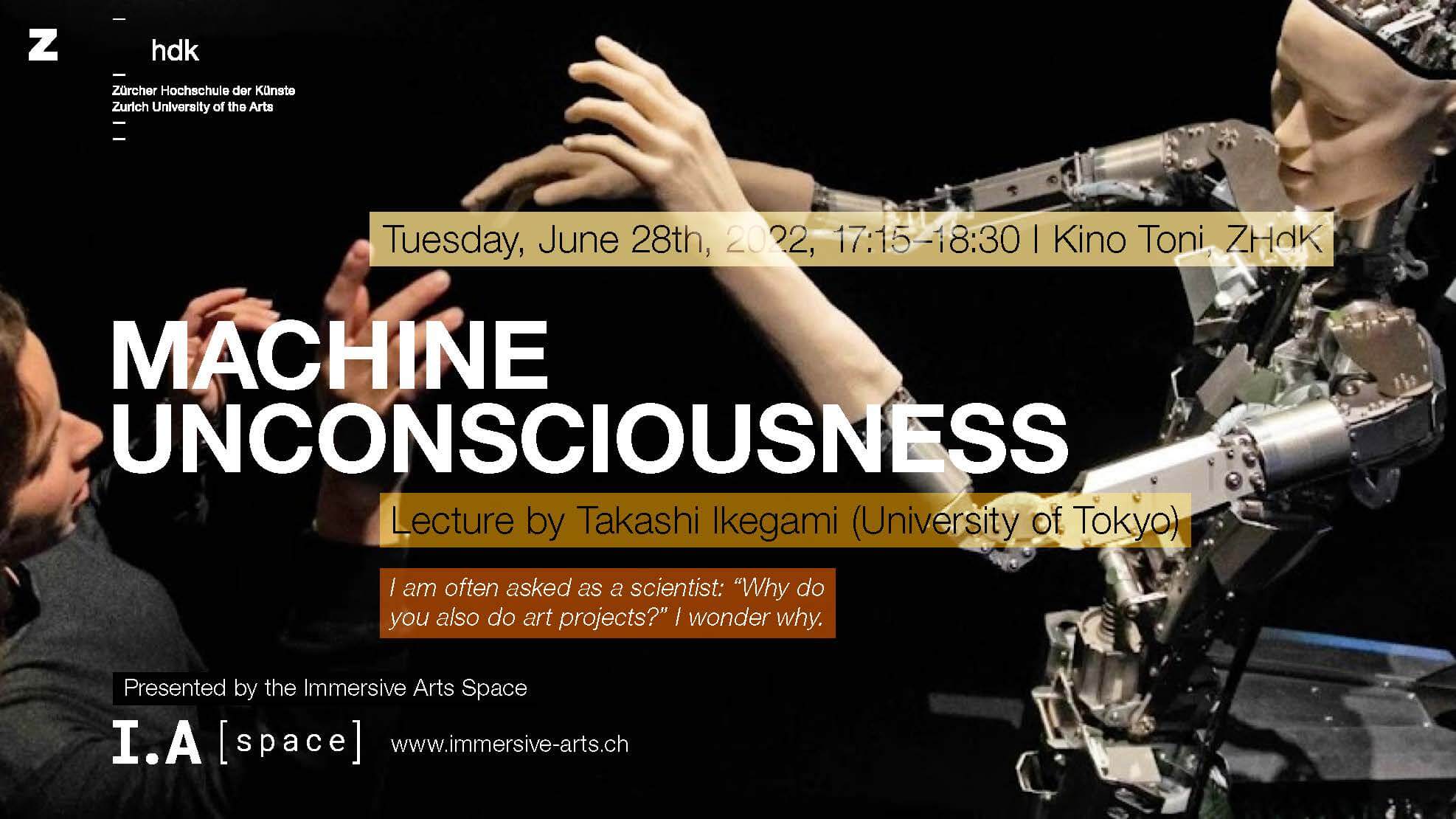 Even now, I am often asked as a scientist ”Why do you also do art projects?» I wonder why. When I do research on complex systems, there is a lot of fascinating data that I can’t reproduce (I forget the initial values and parameters) when I do computer-based simulation experiments. Science is about reproducibility, and if you do it 10 million times, you want the same event to happen 9999 times; if it happens once in 10,000 times, that’s not science, that’s art. I consider that once-in-a-lifetime interest to be art. This talk will introduce a series of works created since 2005 with a range of collaborators including the composer Keiichiro Shibuya, sound artist evala, and photographer Kenshuu Shintsubo, as well as recent works based on a custom designed android called Alter in order to discuss the meaning, possibility and challenges of the intersection between the arts and the sciences.

Takashi Ikegami is Professor in General Systems Science in the Graduate School of Arts and Sciences at The University of Tokyo and principle investigator of the Ikegami Lab. He received his PhD in physics from The University of Tokyoand is internationally known for his contributions to the development of complex systems science and artificial life. Some of his results have been published in Life in Motion (Seidosha, 2007) and Between Man and Machine (Kodansha, 2016). He has also been active 2005 in the arts with works such as “Filmachine” (with Keiichiro Shibuya, YCAM, 2006), “Mind Time Machine” (YCAM, 2010), “Long Good bye” (with Kenshu Shimpo, Japan Alps Festa, 2017), “Offloaded Agency” (Barbican, 2019), among many other.