THE ARTS OF IMMERSION: Sensing, Bodies and Responsive Environments 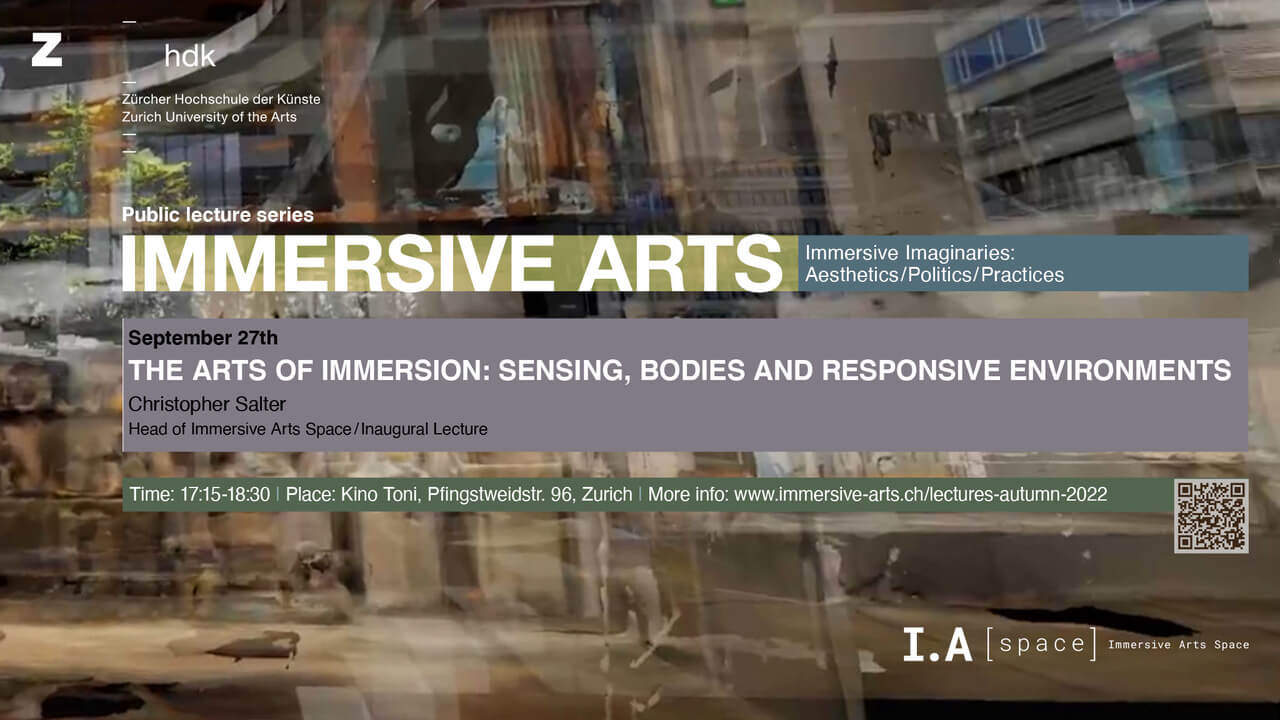 The history and practices of “immersion” in the arts has long focused on the senses being transformed through melding them with technologies embedded into the actual physical world. As the French actor and theater writer Antonin Artaud wrote in 1938, the theater would be a virtual reality (réalité virtuel) – a doubling or “stand in” for reality. But now, the next wave of immersion seeks the opposite: to capture the senses in order to render a synthetic world that is “realer” than the physical one. In the words of computer graphics pioneer Ivan Sutherland who invented the first head mounted artificial reality display in 1965, such an “ultimate display” would need to “serve as many senses as possible.” Thus, contrary to the idea that the senses are simply to be replaced by the prosthetics of artificial sensors, a different story seems to be emerging. Our senses are needed to drive and feed ever-new immersive experiences by being interfaced to the simulated world that we increasingly inhabit. Using my own artistic work as well as historical examples, this talk will give a critical historical and practice-based introduction and overview of the HS 2022 Immersive Arts Lecture Series.

Christopher Salter (USA/CH) is an artist, Professor of Immersive Arts and Director of the Immersive Arts Space, ZHdK. He is also Professor Emeritus, Design and Computation Arts at Concordia University in Montreal and from 2014-2022, was Co-Director of the Hexagram network for Research-Creation in Media Arts and Technology, also in Montreal. His work has been seen all over the world at such venues as the Venice Architecture Biennale and Barbican Centre among many others. He is the author of Entangled (2010), Alien Agency (2015) and Sensing Machines (2022), all published by the MIT Press.